What a just response to oppression can look like

“What woman here is so enamored of her own oppression that she cannot see her heelprint upon another woman’s face?” – Audre Lorde

I’m writing this piece to say things women of color have already said, and better than I could have. Please read their work. 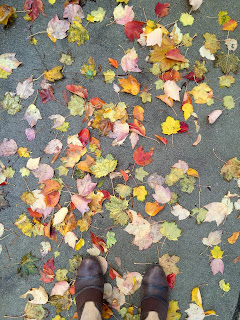 Our community has suffered a traumatic upheaval this month. I won’t attempt to link to even a representative sample of the articles, think pieces, and anti-harassment policy documents that circulated among astronomers. Trusted colleagues and friends urged folks to care for themselves. The groundswell gave rise to a “widespread ripple of PTSD (or something close to it) through women in the field,” as Lucianne Walkowicz put it. I saw other male astronomers I deeply esteem publicly grappling with feelings of complicity. Every day brought fresh distress as the extent of harassment, and the secrecy and protection of it, became apparent at every level within our academic institutions.

Colleagues had urged me to prepare, before the publication of the Buzzfeed story (both emotionally and with respect to my internet presence), for a GamerGate-like backlash.

I am relieved to report that the number of supportive letters, phone calls, and text messages outnumbered the trolls (whom I did not know personally) by between 2 and 3 orders of magnitude. Even the tiny handful of critical messages I received were toothless (my friends roundly and joyfully mocked a letter I received asking me if I’d “even heard of Susan B. Anthony?!”). I was honored with the most gracious language about my “courage” and “leadership,” some of it from leaders within our field themselves. Many astronomers vowed to support me in their notes, and listed the concrete actions they would take to prevent harassment within their own departments. Other messages contained only the two words: “Thank you.” I was so overwhelmed that I responded to only the tiniest handful. Please know that I read them all, and they often brought me to tears of gratitude and relief.

Yet, I also felt mortification in my heart when I considered my experiences in light of another traumatic upheaval within the field earlier this year. It similarly played out on social media. It brings into stark relief the treatment of sexism (particularly as it pertains to white women) and our treatment of racism.

I won’t try to rehash here some of the points of deep conflict that arose within astronomy around the TMT, and subsequently around racism generally. I look back on that period of time and see with painful clarity the things I ought to have done differently and better; I’m sure I’m not alone in those feelings. I only want to draw your attention to what became so glaringly obvious to me in the last month, which is: how I was treated as a white woman drawing public attention to the real harm of sexism, versus the responses to some of my colleagues of color drawing attention to the trauma of racism. This is especially dismaying, since women of color experience sexual harassment at higher rates than white women like myself, and with less just outcomes.

I never once in the past month suffered the indignity of being told that I was imagining my experiences with oppression. No one demanded that I repeatedly define sexism, nor argued that his or her theoretical ideas about sexism/sexual harassment were more important and true than my own lived experience. I never once was accused of “hurting the field” for drawing attention to its shortcomings; rather, I was lauded for my bravery in doing so. I received not a single death threat, and no letter to me contained a slur of any kind (and I dearly hope I can say the same for the coming weeks)—while astronomers drawing attention to racism have indeed received these kinds of threats.

Message after message inquired with empathy about how I was bearing the stress and offering help, rather than inflicting upon me stresses to compound the existing pain. I never once was accused of alienating others from the cause with my frankness, even though I spoke very plainly indeed. And I have a hard time thinking of a single person who used his or her own hurt feelings, fear, and shame that originated from the news to chasten and silence me. I bore witness to all of these things and more being inflicted on some of my friends and colleagues of color, for the similar offense of pointing out injustice and asking for a just response in return.

Please reflect now on the “reasons” that are now coming up in your mind for why this case of “oppression in science” was treated so differently from the other. I urge you, as I’ve urged myself, to acknowledge that my whiteness played a role in my treatment within our community within the past month. I was considered worthy of protection and deserving of justice in a way that a non-white person very probably would not have experienced in equal measure. I contend that the incomplete (and even actively harmful) response of our own community to racism, in which I am complicit, is painfully obvious now. This is because we’ve now seen what a just response to oppression can look like.

The second half of the Audre Lorde quote that begins this essay is:  “What woman’s terms of oppression have become precious and necessary to her as a ticket into the fold of the righteous, away from the cold winds of self-scrutiny?” I have been gifted goodwill and positive attention in abundance, at least within this moment. I want to put it to use, and urge you to consider why I was deserving of it while others were and are not. I’ve suffered and I’m still standing out in the cold wind—please join me.