Closing Time at the “Astronomy Nightclub” 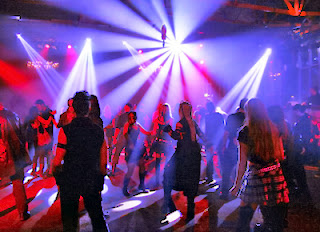 Today's guest post is from an astronomer friend of mine who moved to the states relatively recently. Her story is not her's alone. I have heard the types of stories she will describe below from many independent sources over the years (dozens, sadly). I have found it increasingly disturbing that certain serial harassers are free to ply their disgusting trade freely within our community. They are not reprimanded because they are highly skilled at covering their tracks and intimidating their victims. Also, universities tend to protect their high-profile professors much quicker than they are to back their younger employees.

Readers: no matter how you might perceive the interactions described below, the key thing to consider is not whether you feel it's right or wrong. Human interactions involve two people, and two sets of experiences and opinions. So please avoid the simple-minded response of, "Jeez, I don't see why this is such a big deal!" in your comments. That response is just not intellectually compelling in my view because it lacks empathy. It takes a lot for a woman in science to speak out about these issues (hence the anonymity of today's guest blogger). I feel it's important for us all to hear them out and try to walk a bit in their shoes rather than sticking to our limited set of personal experiences. Thanks for your attention and thoughtful feedback, dear readers!

In my home country women get remarks on their looks on a daily basis. It happens when they walk down the street, when they are at the grocery store, and sometimes even at work. Here in the US, this doesn't happen so often, and I like it. Especially at work where I can focus on science and nothing else. There is a generally accepted "rule" that we are all scientists in the scientific workplace (for the most part anyway).

Yet, something goes wrong at science conferences; so wrong it tips the balance between men and women in science. It took me a while, with the help of friends, to figure it out (maybe even too long). The rules are subtly different at conferences. What is going on? It makes me wonder: is this a conference or a nightclub?

Here is a situation: at the end of the conference day serval men and a few women (we are often much fewer in number than men) are having dinner and a professional chat. Suddenly one of the women gets a compliment about her eyes (or some such thing).

While its nice to get a compliment---and strangely some of the best compliments I have received were during recent conferences---the discussion started on astronomy and science. How can I have a valuable contribution to the conversation if all of the sudden I have become the "girl" at the table? Too often the comment turns the discussion into a missed opportunity for me, as the discussion switches to a different topic, and my "contribution" to the last topic was my "lovely eyes." Since many new collaborations, connections, etc are made in these settings, I have been robbed of this opportunity to continue the discussion as a scientist. I agree with Renee Hlozek's recent sentiment: it is completely unprofessional to discuss what others look like in a professional, science-centered conversation!

The story I just told was of the mild variety. I want to also present a more disturbing, but not infrequently type of scenario. The following tale is a "linear combination" of different stories of actual events that I gathered from different women in astronomy. As John likes to say, its imilarity to specific events is coincidental, but not unlikely.

The place: a science conference.

This is F's all-too-common story:

"I have met M at a recent conference. He is a very influential individual in my subfield. We talked science, and had a nice chat about life. In one of the evenings he suggested that we go outside to talk more quietly. Although my alarm bells rang, I went with him outside. I didn't want o make a scene, and besides the evening before when I declined a similar suggestion, he made a fuss and scolded me for not trusting him. So this time I went outside with him…"

Now, usually the story either ends really bad (and yes I am talking about harassment) or just mildly bad (general discomfort; an attempt that was dodged). Not that stories like these are independent of appearance or age, but it always involves a differential in power that disfavors the woman.

What happened here? And what are these "alarm bells?" So first, we all have these alarms. They tell us to walk a bit faster in a dark parking lot, or to stay out of dark alleys. Now, I am not a party animal, but when I was younger I went to nightclubs and parties, and I had rules. One was to never go alone to the party and another was to use the "buddy system" while there, i.e. always know where your friends are and that they know where you are. Does this sound like it would help at astronomy conferences, too? The sad answer is yes, when I hope you would agree it should't be the case. We are at conferences to work and not to date. I cannot do both, nor do I want to.

I do want to note that some of my best friends found their significant others in conferences. It makes sense, since young people with similar interests and views meet up. However, the situations I have described have nothing to do with finding a life partner. The important aspect is the power imbalance, which is not an issue with, say, two consenting grad students.

Going back to the story, what happened/ Well, it's frustrating that it's often hard to tell. Thinking about 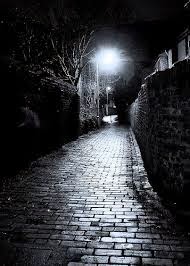 science and networking, we don't often pay attention to the "night club" rules. And we shouldn't have to. We should not avoid talking with men alone in all situations, that would be silly. But maybe we (men and women alike) should keep our eyes open, not just for ourselves but for our younger female colleagues and make sure everything is OK in a given situation. Our alarm bells can be triggered for someone else when we witness or suspect an awkward situation developing.

Note that serial harassers are a minority among our male colleagues, but nonetheless talking with my friends we found that the atmosphere is different at conferences. It almost makes sense because conferences are more intimate; we stay at the same hotels, eat together, and see each other morning through evening. It's different. The numbers are different, too, with more men and fewer women. This may inspire ideas in the minds of men that don't have to do with science. But I cannot keep my mind on the job while I need to add another set of game rules. I cannot be the scientist I know I am if i need to make sure no one sees me as a girl to be hit on.

That is the problem. We should be able to keep our mind in the game, and it's the science game, not the courtship game that I'm interested in. This tips the balance because men don't have to deal with this mixed set of rules while women often do.

I thought a lot of "what is my purpose of writing this?" What am I aiming to get. I guess I want to bring this up as food for thought. I don't think that having a rigid set of rules is the way to go, and we certainly should not have to avoid social interactions at conferences. All i can think of is to share something that my husband told me: "listen to those alarm bells and don't get yourself into situations that can hurt you." Although it's easy to say, but hard to do, it's a good take-away message. Also, as a responsible, senior astronomer, you can keep our eyes open for your female colleagues and help out when you sense the conversation shifting away from science.

Women often look out for each other at conferences. We know who to look out for and we quietly pass this information to as many junior colleagues as possible. But I think we would greatly benefit from the assistance of our male colleagues in looking out for the safety and interests of junior women scientists. This way the burden is shared and hopefully the offenders will be further marginalized. John asked me to share some tips for "crowd sourcing' the task of looking out for younger female students and postdocs. If you have other suggestions, please share!


My final goal is to make sure the scientific conferences are equally beneficial to everyone who attends. Astronomers take great pride in being part of a meritocracy, where people are judged based on the quality of their science, not on their looks. But if one portion of our community must deal with a mixed set of rule while others do not, then it cannot be a meritocracy.

StarryTelling said…
I think the suggestions on how to look out for one's self and other women and are applicable no matter what conference one attends. There are men like those you describe in every industry. Every woman has to deal with it at some time. Trust your gut and don't hope for the best when a red flag is waving. Leave.
January 4, 2014 at 9:08 PM