Choochoo track of the week 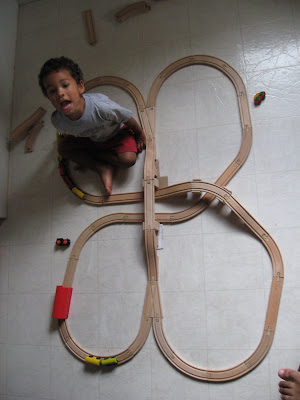 This design is a variation of the popular cloverleaf layout, however it utilizes a double figure-eight. Similar designs had been attempted previously, but ran into compatibility issues near mid-track where female-female and male-male track ends meet. This problem is overcome in this design by using a secondary overpass, seen just to the right of the primary overpass. 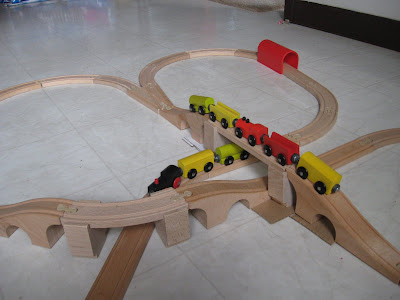 Due to the proximity of the two overpasses, Van Hook shims were utilized on the primary to allow tank cars to pass under on the way to the secondary, yielding a tight 2 mm clearance. The innovative curved bridge lends an organic feel to the track, with order arising from the apparent chaos near the triple pass. As Owen put it, "Two tunnels!" 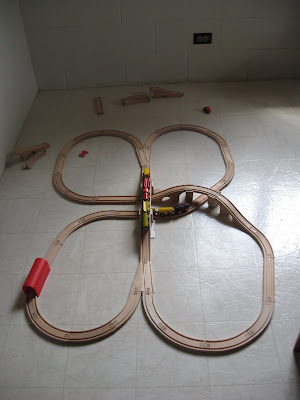 Take that, Thomas the Tank Engine!

John Johnson said…
Shims are just pieces of paper that raise a part of the track up by a small, adjustable amount. The amount can be adjusted by using multiple pieces of paper, or by folding the piece of paper. Have fun!
October 14, 2012 at 11:07 PM